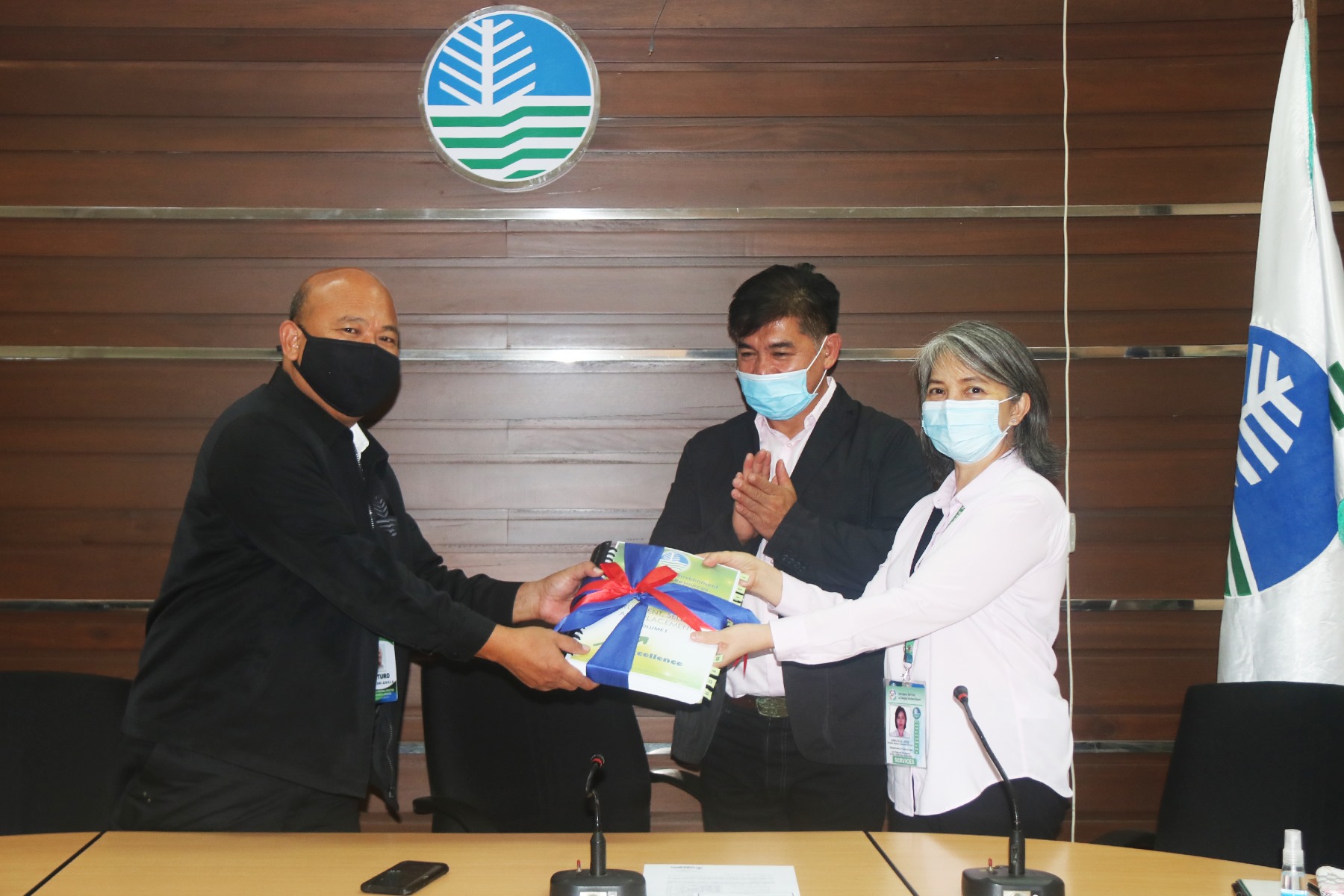 Fadriquela is a forester, and served the DENR office in CALABARZON region as its deputy director for technical services for four years.

During the turn-over ceremony, Paquito Moreno, executive director of the DENR in Central Luzon, expressed his gratitude to Ortiz for her significant contributions in the region, especially in administering the needs of the human workforce.

Meanwhile, in his acceptance speech, Fadriquela conveyed his commitment to continue carrying out human resources developmental programs in the region. (-30-) 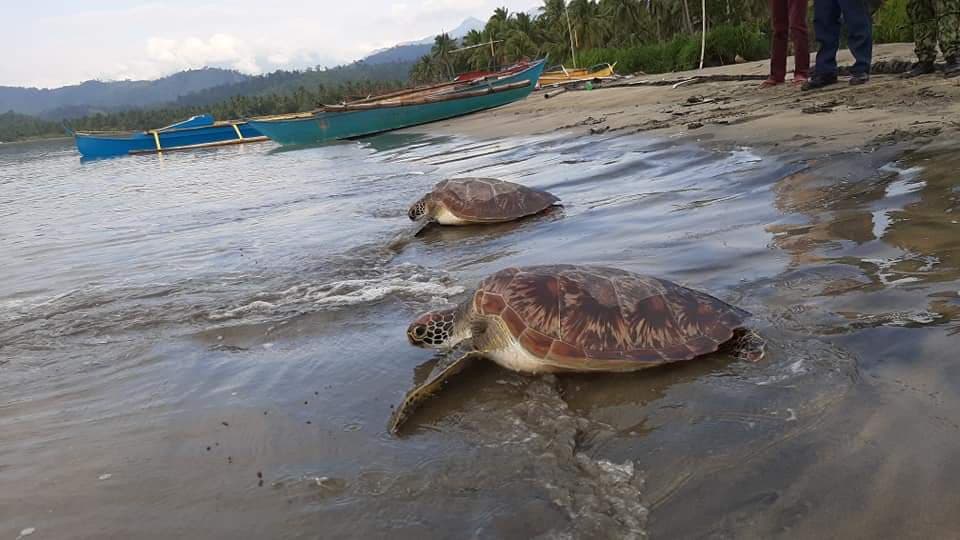 The Department of Environment of Environment and Natural Resources (DENR) here urged the public to refrain from hunting marine turtles or locally known as pawikan since it is against wildlife law and instead participate in the government effort to protect their [turtle] population.

This came after an endangered green sea turtle scientific Chelonia mydas was rescued recently in the coastal water of Tibig village in Bulakan town of Bulacan.

According to a fisherfolk, the green sea turtle was accidentally trapped in a fishnet known as "baklad" owned by a local fisherfolk in the area. It was later on released back to the sea after examining its health condition with the assistance from the local government and the Community Environment and Natural Resources Office (CENRO) of DENR in Guiguinto, Bulacan.

Last year another four green sea turtles were rescued of the coast of Casiguran Bay in Aurora and in the coast of Manila Bay in Malolos, Bulacan after being trapped in a baklad.

"They [marine turtles] play vital roles in maintaining the health of the oceans, specifically the health of grass beds and coral reefs," he explained.

He said marine turtles are endangered species and need utmost protection to increase their dwindling population.

As this developed, the DENR appealed to the public to report similar incident and be vigilant in the protection and conservation of marine species and other wildlife.

Of the seven (7) species of marine turtles in the world, five (5) of them were found nesting in the coastal towns of Limay, Marivels and Morong in Bataan; San Antonio in Zambales and in Casiguran town of Aurora, all in Central Luzon.

Section 27 of the Republic Act 9147 also known as the "Wildlife Resources Conservation and Protection Act" prohibits collecting, hunting and possessing of wildlife and their by-products and derivatives. Anyone found guilty of violating the wildlife law shall be imprisoned to a maximum of two years and shall be fined of up to P200,000, if inflicted against endangered species. 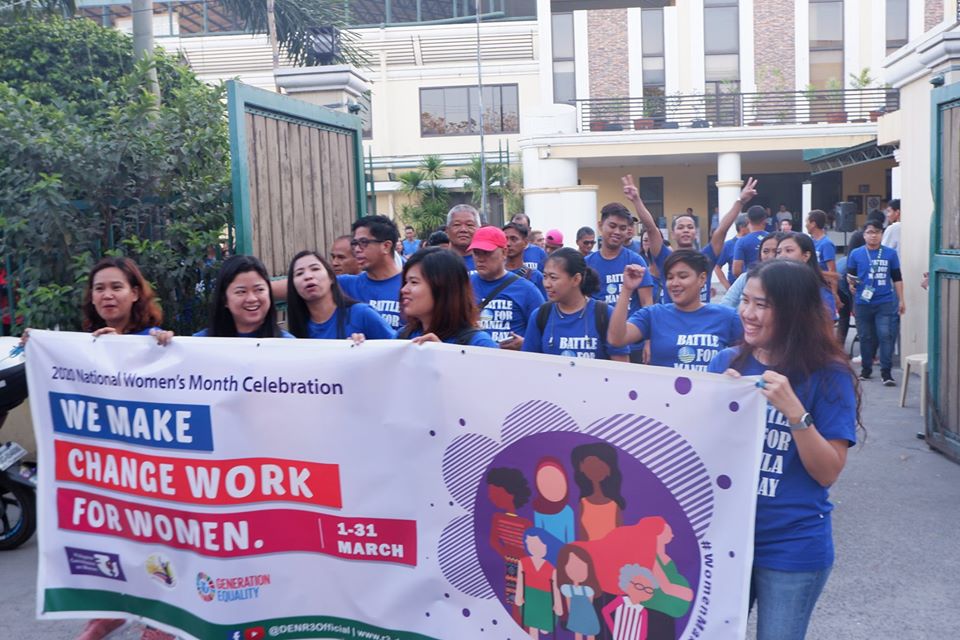 More than 300 employees from the Department of Environment and Natural Resources (DENR) here, including participants from the Environmental Management Bureau (EMB), Mines and Geosciences Bureau (MGB) and the DENR Pampanga Office, walked together in solidarity as part of the Women’s Month Celebration, in an event dubbed “Lakad-likasan: Bawat Hakbang Handog sa Kababaihan at Kalikasan.”

The event saw the participants march around the regional government center in San Fernando, Pampanga, in a bid to raise awareness about the empowerment of women as active contributors to and claimholders of development, by bringing attention to the theme “We Make Change Work for Women”.

The event kicked off today with a Zumba session precluding the walk around the government center. It was followed by a clean-up activity in support of Manila Bay cleanup and rehabilitation. The participants cleaned up a 1.5 km- stretch of connected streets, including exposed canals, and collected residual trash made up of 40% single-use plastics and food wrappers, 30% residual soiled paper waste and 30% recyclables.

Republic Act (RA) 6949 of 1990 declared March 8 of every year as National Women’s Day. This year’s women’s month aims to inform and engage women as stakeholders of government program and services. 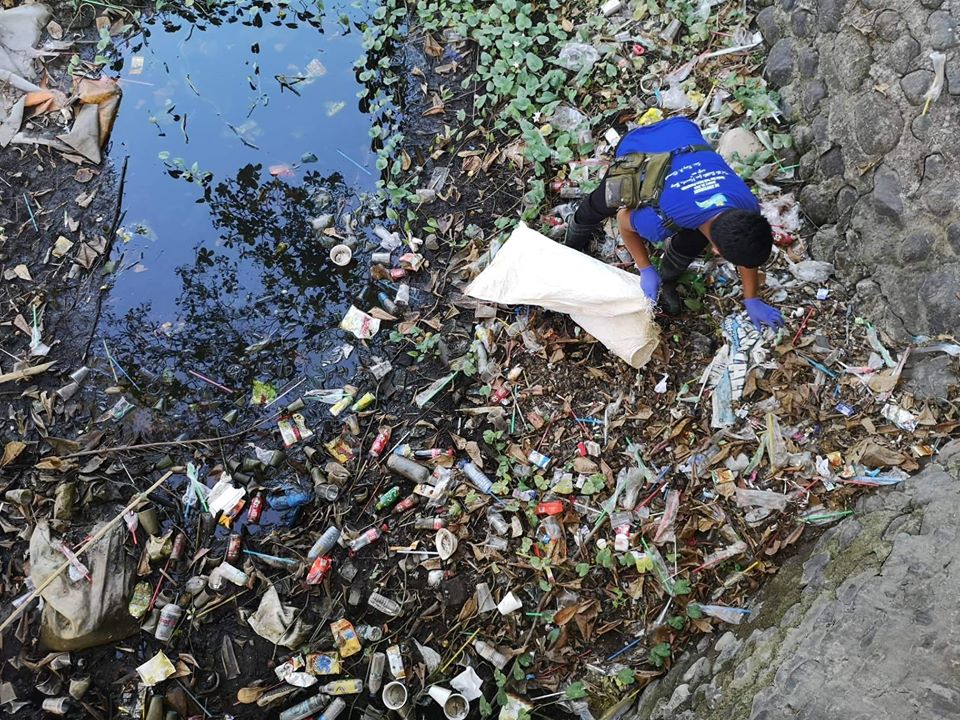 Amid the celebration of Valentine's Day today, more than 250 employees from the DENR here and the local government of Sta. Ana in Pampanga actively joined in a cleanup drive held this morning at Matubig creek in San Agustin village.

A total of 1,960 kilograms of wastes, composed of plastic cups, straws, candy wrappers, and other single-used plastics, were collected.

The activity is part of the Manila Bay cleanup and rehabilitation program of the government. He echoed the order to the top DENR officials in Central Luzon during his recent visit to the region.

It may be recalled that Ronaldo Corpuz, a forest ranger assigned in DENR-CENRO Muñoz in Nueva Ecija and Gaudencio Arana, a longtime DENR informant were slain last year. The deaths of the forest rangers prompted the environment czar to call for the creation of an enforcement bureau within DENR.

“An enforcement bureau will serve as a shield in protecting our environment as well as our people on the field and will allow us to focus on the task of ensuring that our forestry and environment laws are followed by everyone, “ Sampulna said.

DENR record shows that more than 225,000 board feet of illegally-sourced lumber worth P11.8 million were confiscated last year in the region while 68 environmental cases were filed against 130 individuals in local courts.