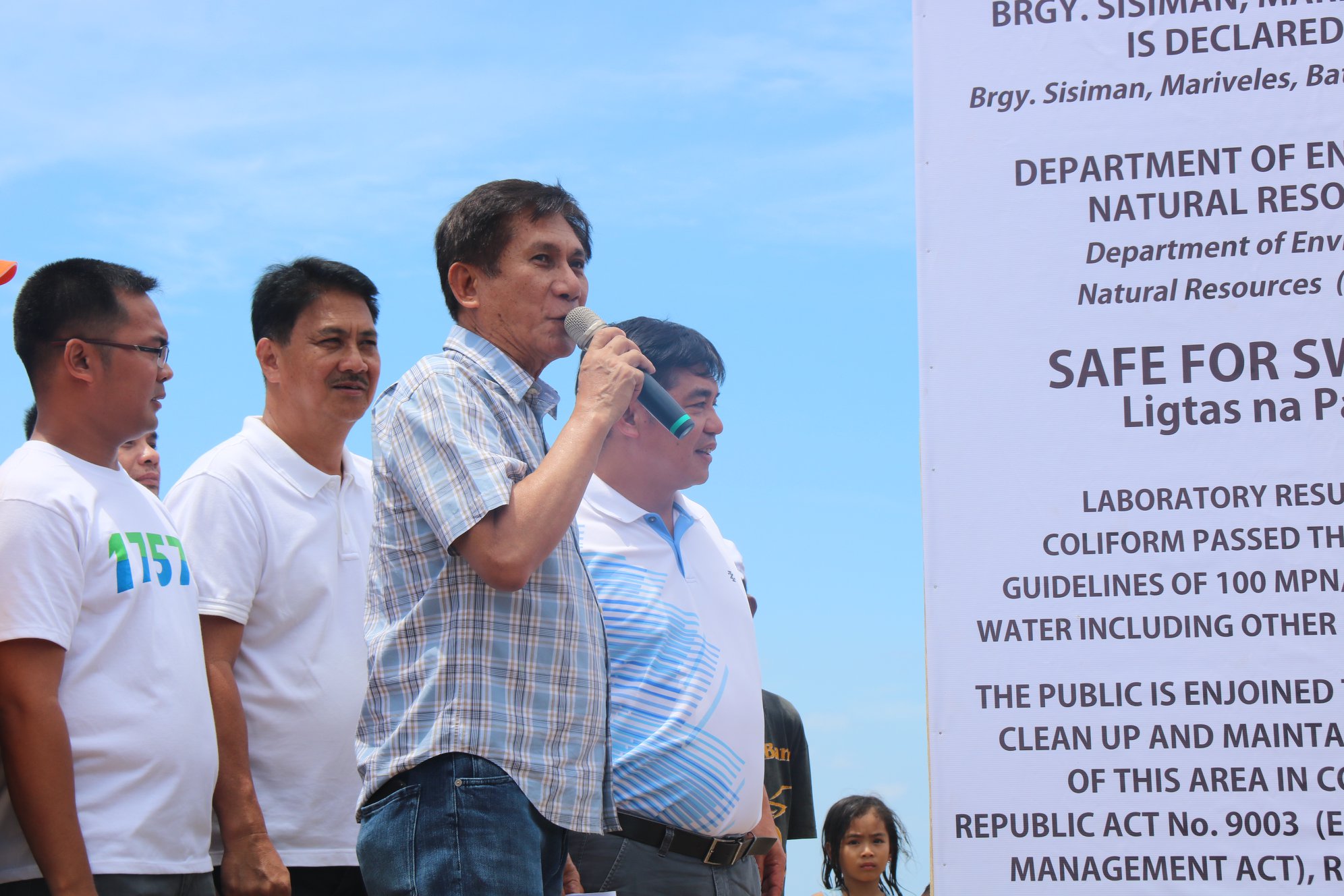 Environment Secretary Roy A. Cimatu declared on Tuesday a portion of Manila Bay in Bataan safe for swimming after the water quality had improved barely three months after the Department of Environment and Natural Resources (DENR) started its massive cleanup and rehabilitation of the historic Manila Bay.

According to Cimatu, Aguawan beach in Barangay Sisiman in Mariveles town of Bataan had a significantly reduced fecal coliform level from 790 most probable number (MPN)/ 100 ml in January of this year to only 12 MPN/ 100 ml this month, which is way below the standard level of 100 mpn.

Fecal coliform are bacteria coming from human and animal wastes that contaminate the water and indicate the presence of pathogens.

“The improvement began after we shut down piggeries that were dumping wastes into the bay, which we also did in Cavite and Bulacan. However, the speedy compliance of industries here to environmental laws made it much faster to improve the water quality," he explained.

Cimatu also said the relentless efforts made by the DENR Central Luzon personnel and Local Government Units (LGU) of Mariveles to clean the beach in Bataan have also contributed to the fast improvement of water quality in the area.

But the environment czar admitted that the work is far from done, as Aguawan beach is only a fraction of the 190-kilometer coastline of the Manila bay area.

Of the total coastline of the Bay, 142 kilometers are in Central Luzon with Bataan alone having over 77 kilometers of coastline which is part of the Bay.

Paquito Moreno, executive director of the DENR in Central Luzon said Aguawan beach is only one of the three areas in Mariveles declared safe for swimming. The other two are the beaches located in Sitio Babuyan in Barangay Mount View and in Sitio Boracay in Barangay Lucanin.

“The cooperation of our communities had been vital in cleaning the Bay.We have intensified our information campaign to increase the awareness and participation of the communities and other stakeholders,” he said.

DENR reports showed that 37 cleanups have already been conducted since January 2019 in Mariveles with local governments including volunteers from the academe and civil society that resulted in the collection of 49.95 tons of solid waste.