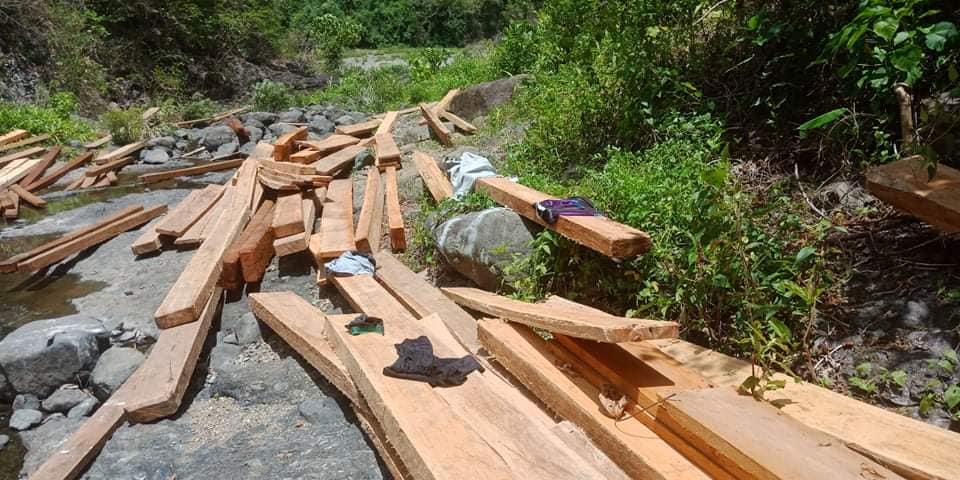 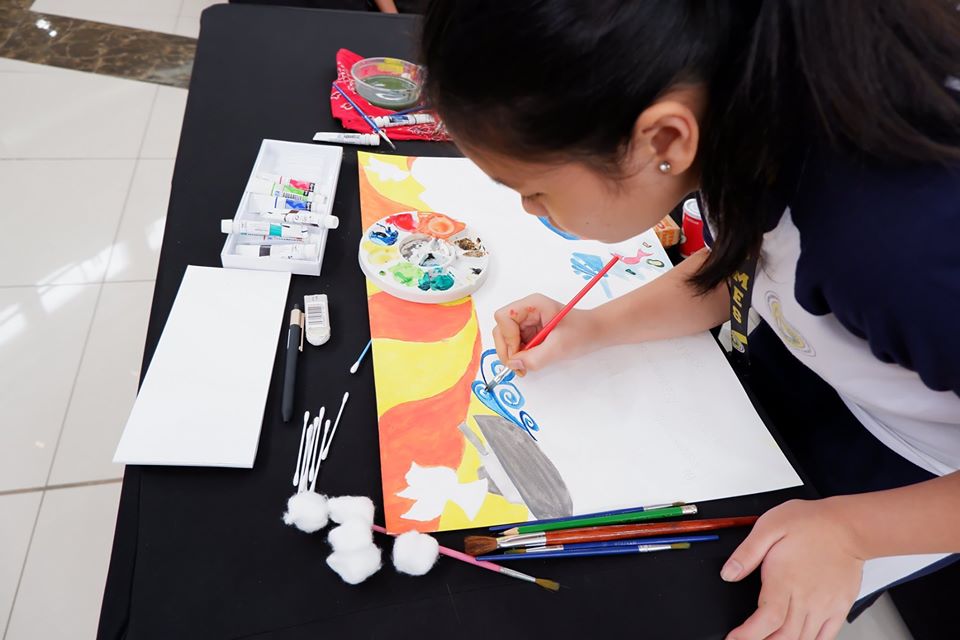 As the campaign on Manila Bay cleanup and rehabilitation went on full swing, the Department of Environment and Natural Resources (DENR) here staged the creativity and talents of students from 16 public elementary schools in Bataan in an on-the-spot watercolor painting contest that centered on upholding the importance of the environment and river systems, especially the Manila Bay.

Held on March 4 at Vista Mall in Balanga City, the competition dubbed as “Kulayan ang Manila Bay” aimed to solicit public support and to increase public awareness on ecological solid waste management and proper waste segregation, which were seen as key factors in bringing back the beauty of Manila Bay.

“Young as you are, we believe that you can ignite the spark towards ecological stewardship, and that your talents may encourage more youth to take part in winning our battle for a cleaner Manila Bay”, Mamac added.

Aside from regular cleanup and social mobilization activities, said competition is among the lined-up events of the DENR in support to the Manila Bay cleanup and rehabilitation program. 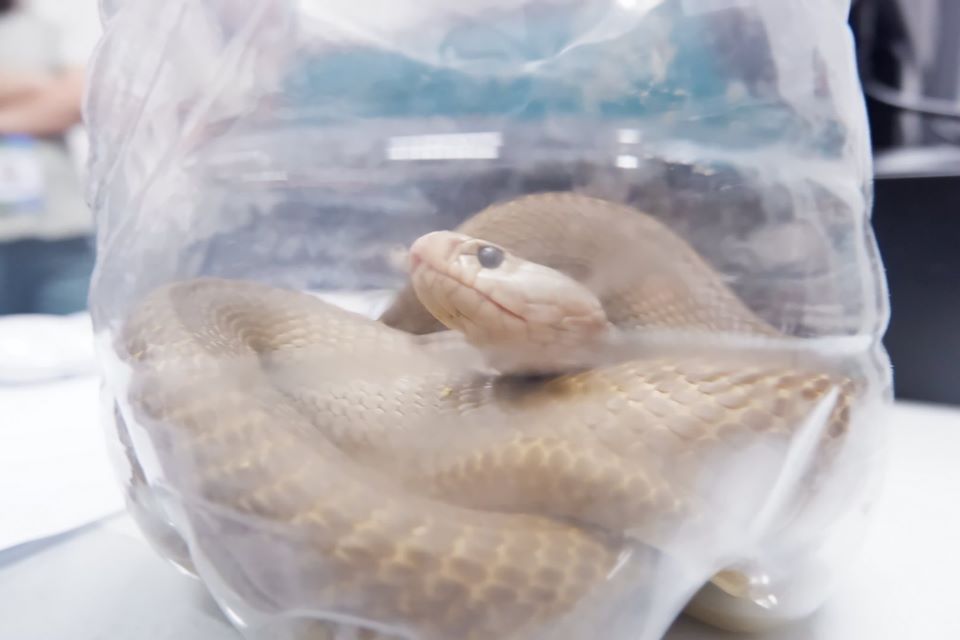 A group of barangay tanod in Barangay Claro M. Recto in Angeles City opted to surrender a threatened Northern Philippine cobra, scientific Naja philippinensis to the Department of Environment and Natural Resources (DENR) here yesterday rather than killing it when they accidentally found the wildlife lurking in a vacant lot in the said village.

Ronaldo Sese, 58, who worked in the Veterinary office of Angeles City, said this group of tanod reported to him about the snake they have encountered.

“At first, we thought it was just an ordinary snake, but when I grabbed the head, it started to expand and then we concluded that it was a Philippine cobra,” he explained.

He said after they caught the snake, they placed it in a five-liter plastic water container and then brought it to the Veterinary office for temporary safekeeping.

But upon the advice of Dr. Christian Arcilla, city veterinarian, they immediately called the DENR regional office in Pampanga for the proper turnover of the wildlife, said Rodolfo Cruz, 62, who also worked in the city veterinary office.

Jenny Raissa Lico, chief of the Protected Area Management and Biodiversity Conservation Section of the DENR regional office, confirmed that the snake is a Northern Philippine cobra.

“Upon examination, we found out that the adult cobra measures one meter long and weighs about a kilo. It was healthy and fit for release to the wild after the diagnosis made by our staff,” she said.

According to the International Union on the Conservation of Nature (IUCN), the Northern Philippine Cobra is listed as threatened species. The species thrive in lowland and up to 800 meters above sea level (asl) and is endemic to the Philippines which can be found in Luzon islands, Mindoro, Masbate and Marinduque, the report added.

The DENR appealed to the public to report to authorities any suspicious wildlife trading activity including illegal hunting.

Collecting, hunting and possessing wildlife without permission is a violation of section 27 of Republic Act 9147 or the Wildlife Resources Conservation and Protection Act that carries a penalty of maximum six months of imprisonment and a fine of up to P50,000, if inflicted or undertaken against species listed as other threatened species.

Intensified wildlife information campaign of the DENR last year resulted in the surrender of 37 species of reptiles, birds and mammals. (30) The Department of Environment and Natural Resources (DENR) here recently conferred awards to outstanding land officers and investigators, whose efforts resulted in the 110% accomplishments of the “Handog Titulo” program of the government.

Aurora Aquino of Bulacan and Amalia Fajardo of Tarlac were named as the most outstanding provincial land management officers (LMO), while Jayson Agbisit of Guiguinto and Jude Villa of Capas were 2019's outstanding LMOs in the Community Environment and Natural Resources Office (CENRO) level.

Abelardo Manio, Jr. of PENRO Bulacan was recognized for his outstanding land records management and administration of organizational archives.

Aside from these individual awards, special citations were also given to DENR provincial offices.

While all regions exceeded their targets on 2019 in land title distribution, PENRO Tarlac and CENRO Capas were named as the first field offices in the region to accomplish 100% of its target under the residential free patent.

DENR offices in Bulacan, Nueva Ecija and Pampanga were recognized for accomplishing more than 100% of their targets in titling government lands through special patents, while provincial offices in Bataan, Zambales and Aurora were distinguished for exceeding their targets in the management and appraisal of foreshores and issuance of notice of bills and demand letters in their respective jurisdiction.

Provincial offices in Tarlac and Zambales excelled In distributing miscellaneous sales patents, while Bataan and Nueva Ecija topped in the management and appraisal of patrimonial properties.

In his message, Paquito Moreno, executive director of the DENR here, expressed his salutations to the awardees and lauded their hard work, saying that their sacrifices and commitment resulted in upholding the general welfare of the public.

“Bringing social justice in land titling is one of the priority thrusts of our government. Aside from improving the socio-economic conditions of the Filipino and enhancing agricultural productivity in rural areas, our Handog Titulo program will likewise fuel progress in local communities,” Moreno said.

Since 2011 a total of 31,743 residential land titles covering 629 hectares have already been distributed in Central Luzon benefiting well over 158,000 residents.

The DENR is set to distribute another 2,100 residential free patents in 2020.