Paquito Moreno, executive director of DENR, said the food packs were distributed in Aeta communities in sitios Mabilog and Gayaman in Bamban town of Tarlac.

"This is the DENR's modest way of helping soften the impacts of ECQ amid the COVID-19 pandemic," he explained.

He said DENR employees in the region voluntarily shared their one-day salary to extend assistance to communities and medical frontlines.

The DENR also donated 200 coveralls and KN95 face mask to medical health workers of the Jose B. Lingad Regional Memorial Hospital in the City of San Fernando, Pampanga.

"In this time of crisis, let us not forget our fellow indigenous people, they too need our help to survive this crisis," he added.

Provincial offices of the DENR in the region have also distributed relief goods and personal protective equipment to their respective localities as a meager support to local communities and health workers. 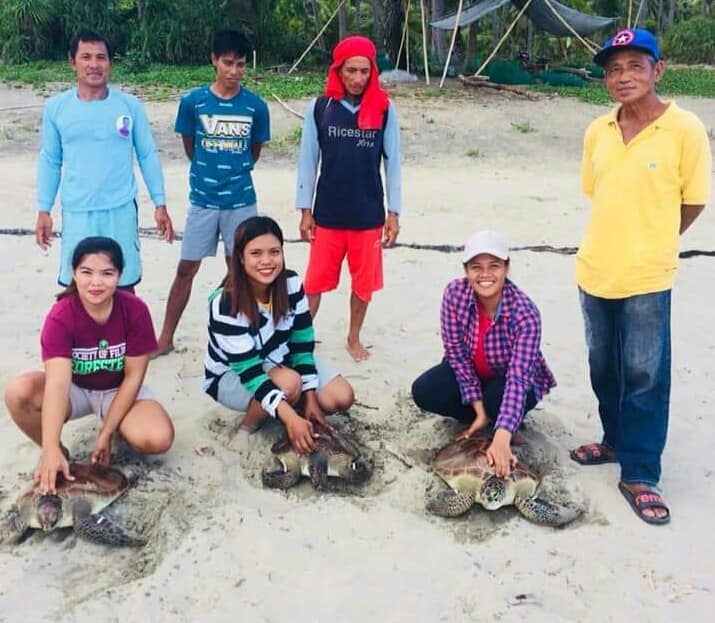 Three juvenile female endangered green sea turtles scientific Chelonia mydas were released yesterday into the sea after it was rescued in the coastal village of Ditinagyan in this town, environment authorities said.

"The fisherfolk immediately reported to us the incident to check and document the condition of the turtles," she said.

Upon examination, the DENR found out that the turtles have an average carapace lenght of 45 centimeters and weighs an average of eight (8) kilograms.

"They (turtles) sustain no injuries and in good condition so we released them immediately to the coastal waters after examination," she said.

Aragon explained that turtles were also tagged to monitor their feeding and nesting ground including their population, which are vital in marine turtle conservation.

She said the tag will also served as identification of the marine turtles.

Meanwhile, the DENR here appealed to the public to report similar incident and be vigilant in the protection and conservation of marine species and other wildlife.

Of the seven (7) species of marine turtles in the world, five (5) of them were found nesting in the coastal towns of Morong in Bataan, San Antonio in Zambales and in Aurora, all in Central Luzon.

Section 27 of the Republic Act 9147 also known as the "Wildlife Resources Conservation and Protection Act" prohibits collecting, hunting and possessing of wildlife and their by products and derivatives.

Anyone found guilty of violating the wildlife law shall be imprisoned to a maximum of two years and shall be fined of up to P200,000, if inflicted against endangered species.

“The Environment Department is very thankful for your active support in helping to improve the quality of our water bodies. Whatever we do to our environment will eventually affect us in many ways”, he said.

RED Milla also underscored that the conductof cleanup drive will need the involvement of community for them to realize the need tO reverse the worsening condition of rivers and other water bodies.

Clean Water is one of the ten (10) priority programs of DENR Secretary Roy A. Cimatu which aims to improve water quality of priority rivers and other critical water bodies including lakes and bays through continuous massive clean up, monitoring of industries and rehabilitation of esteros and rivers./DENR-CENROBago

The Department of Environment and Natural Resources (DENR)ZamboangaPensinsulathru the Community Environment and Natural Resources Office (CENRO) of Zamboanga City, in coordination with the office of the Register of Deeds and local government unit officials awarded186 land titles to qualified recipients from Barangay Tolosa under the HandogTitulo Program.

Vice Mayor Agan congratulated the beneficiares and told them to take care of their land titles as this can be used as collaterals in times of need.

CENRO Montebon, on the other hand, invited others who still do not have land titles to visit his office to apply as the office provides free land survey services to qualified applicants.

"Please feel free to visit our office for your titling needs or concerns,"CENRO Montebon said.

The beneficiaries were all happy and contented for finally receiving the titles to their lands.

A total of 186 land titles were awarded consisting of 90 Agricultural Patents and 96 Residential Free Patents.

The conduct of the HandogTitulo Program is in line with the mandate of the DENR to administer, manage and dispose public lands in favor of qualified beneficiaries pursuant to Act No. 218 dated September 2, 1901 entitled "An Act Creating the Bureau of Public Lands." It was also held in celebration of the 118th anniversary of the Land Management Bureau. (rt) 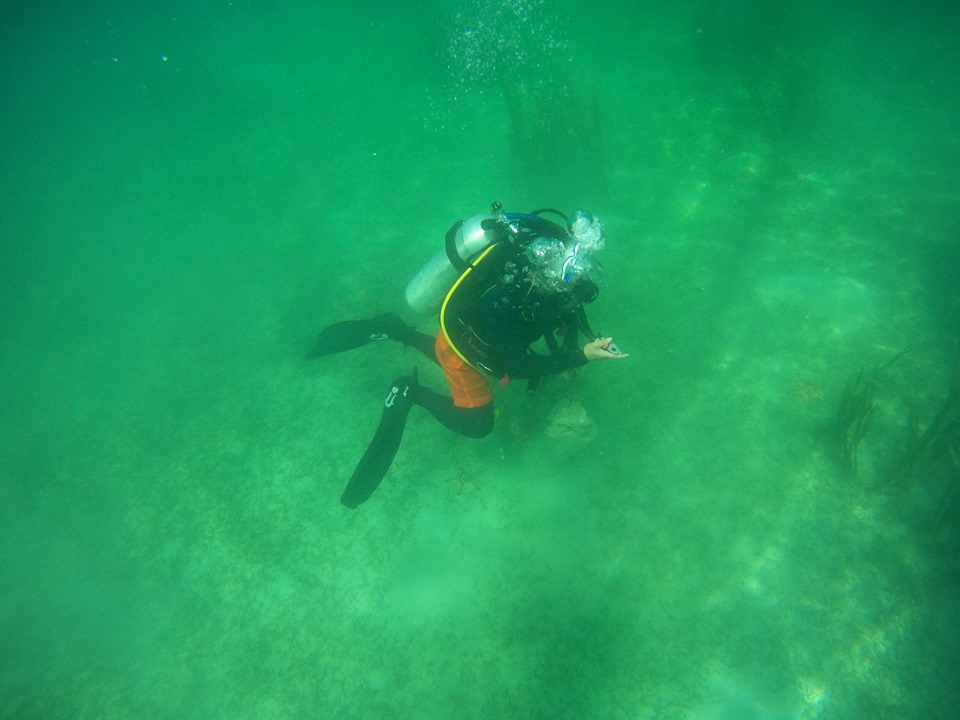 More than 200 kilograms of trash composed mostly of cigarette butts, plastic food packaging and other single use plastics were collected recently by divers of the Department of Environment and Environment and Natural Resources (DENR) in Central Luzon along the island shores and under the waters of the 7,000-ha Masinloc Oyon Bay Protected Landscape and Seascape (MOBPLS) in Palauig town, environment officials here said.

Minerva Martinez, chief of the conservation and development division said the DENR divers, also dubbed as "SCUBAsureros", were able to collect such garbage 30 feet deep under the sea which came from the shoreline and made its way to the sea floor.

She said the coastal cleanup was part of this year celebration of the Month of the Ocean (MOO) with the theme "Free the sea from marine debris" which underscores the effect of solid waste on coastal and marine life.

“Our scubasureros' aim is not just to cleanup the ocean floor including the shoreline of Magalawa Island, but most importantly is to raise awareness among local communities, especially tourists, that our trash does find its way even into the deepest part of the oceans," she said.

Martinez appealed to local and foreign tourists who flocked to various islands and beaches of Zambales to dispose their trash properly and stick by "clean as you go" policy.

"Our solid waste, especially plastic, puts marine life at risk, as these can be ingested or can suffocate marine wildlife," she added.

Each year, the month of May is celebrated as the Month of the Ocean by virtue of Presidential Proclamation No. 57 issued in 1999 to protect and save our marine waters. ###