More than 122,000 hectares of denuded forestlands and watersheds have been rehabilitated in Central Luzon through the Enhanced National Greening Program (E-NGP) of the Department of Environment and Natural Resources (DENR) here since 2011, environment authority reported.
Paquito Moreno, Jr., executive director of the DENR in Region 3, said the government's flagship reforestation program has continued to rehabilitate the region's degraded areas and has reinforced its efforts on increasing the survival rate of these plantation sites.
"In average, the survival rate of our plantation sites is around 81%. This rate is significantly affected by natural occurrences, such as forest fire and extreme weather changes," Moreno explained, adding that work limitations brought by the pandemic have affected regular operations and activities for the E-NGP. 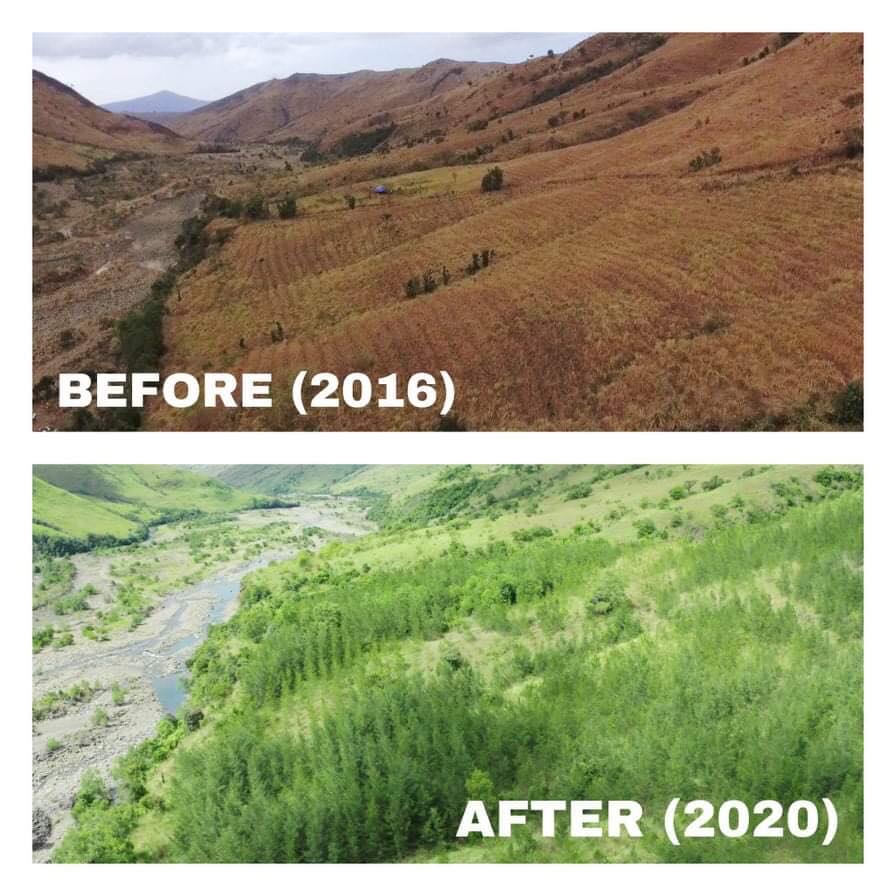 Despite the COVID-19 pandemic, the DENR has established another 300-hectare bamboo plantation in Bulacan last year, as an additional forest cover in the Angat-Ipo-Maasim River Watershed, Moreno reported.
This is in addition to the more than 14,000-hectare bamboo plantations established since 2011 under NGP.
He said partnership and collaboration with private firms were also strengthened to develop and achieve a higher survival rate of these plantations, where 62 unfunded NGP areas have already been adopted by different organizations.
The DENR has likewise partnered with Peoples’ Organizations, Philippine National Police and Philipine Army in the region to monitor the development of plantations and facilitate quick response and reporting of illegal forest activities in NGP areas.
Apart from its ecological value, the NGP, since its implementation on 2011, has generated 228,592 jobs in the region from its plantation maintenance and protection activities.
NGP aims to reforest 1.5 million hectares of denuded forestlands and watersheds in the country. It was expanded until 2028 under Executive Order No. 193 to reforest and develop remaining degraded forest areas in the country. (-30-)